The moment that all of us got in the airplane, heading to Leszno, Poland from Tokyo, Japan, after we were advised everybody’s test result were negative for Covid-19, we felt deeply relieved and very happy. If any of us had tested positive, it would have been considered close contact for the others and travel plans would be in jeopardy...

With the uncertain situation all over the world during the Covid-19 pandemic, would the hot air balloon championship event be a GO? or a NO?

However, even before we knew official information to GO, we had started preparations.  We contacted crew and began raising money - as much as we could, to help with TEAM JAPAN expenses.

For Team Japan, the 5th FAI Junior World Hot Air Balloon Championship is certainly the best and most challenging opportunity to compete against worldwide junior balloonists.  Competing not only as individual pilots but as the national team with congregative strategy as well as Weather Team members providing our own weather forecast.  Furthermore, we fully understood that going abroad and taking part in an international ballooning event was incredibly valuable during this pandemic which also affected Japan ballooning events. But finally, there we were in Leszno in Aug. 7, 2021!

We picked up all of our balloon equipment from the supportive people in Leszno and met our wonderful drivers who were really a big help.  Then all pilots flew their practice flight on Aug. 9th morning.  It was the first flight in Poland for everyone except for Taichiro and Sansei. 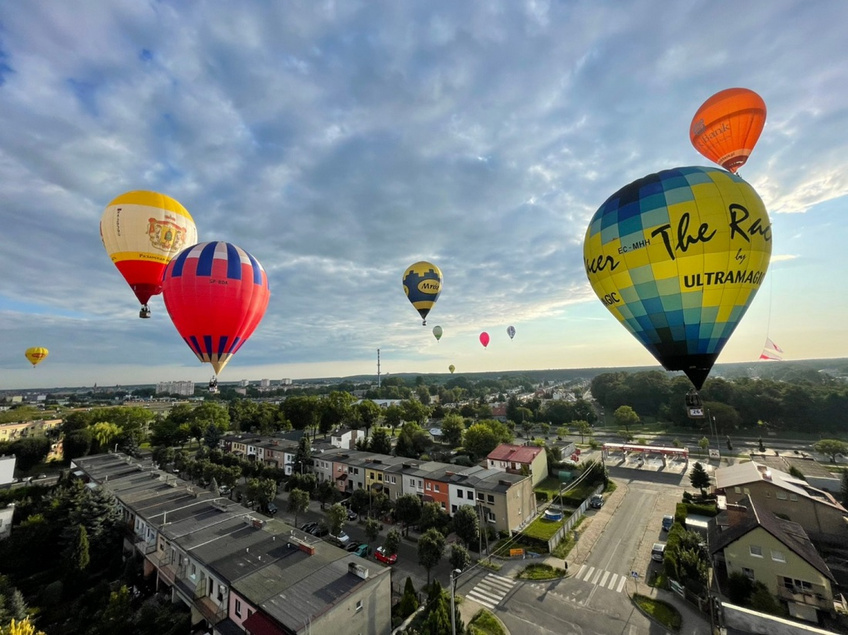 The views from the basket were totally amazing with huge plains and fields in Poland.  After some initial difficulty with managing rented equipment, pilots quickly got used to the equipment and were ready for competition. 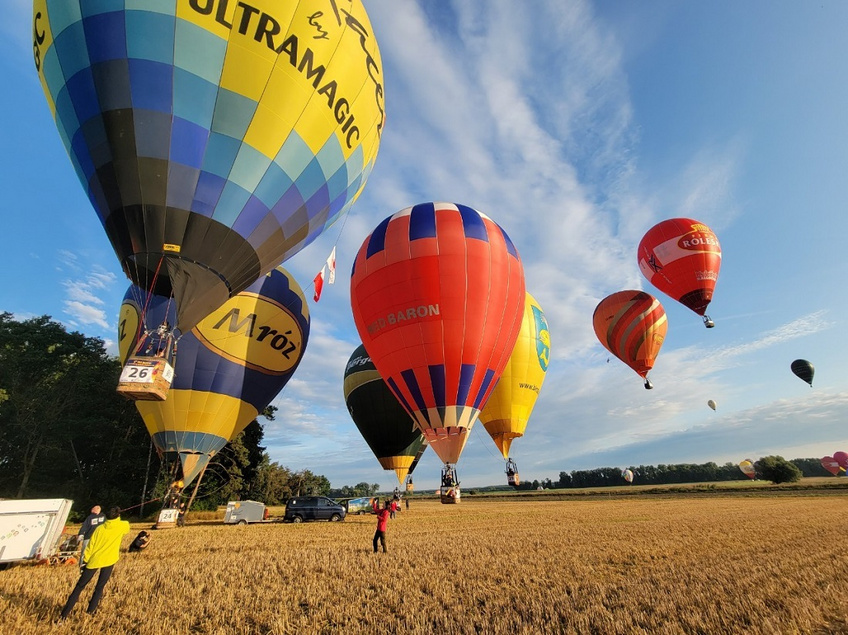 [NOTE: English Meaning: GATTSURI = with all one's might or energy.]

The Launch period was tight, but we successfully took off from the same ILP.  Amazingly, Taichiro (#28) got the 1000 points on the very first task #1 PDG!!  Yes! He is The Man!

Take-off time around 1900 reminds us we are on European time, not in Japan (where launch & sunset is much earlier, even in Summer).  In this flight we found the particularly interesting task which is called “Air Band” (keep our flight between the instructed air band zone in the real air!).  For this task Kazuki (#26) got the 1000 points!  At end of Day 1, Taichiro (#28) took the first place overall. Go TEAM JAPAN!

In Japan, we rarely fly in such strong, high wind conditions.  And in this circumstance, winds at all altitudes were the same with little variation in direction. Team Japan concentrated our efforts and made our flight plans all together. 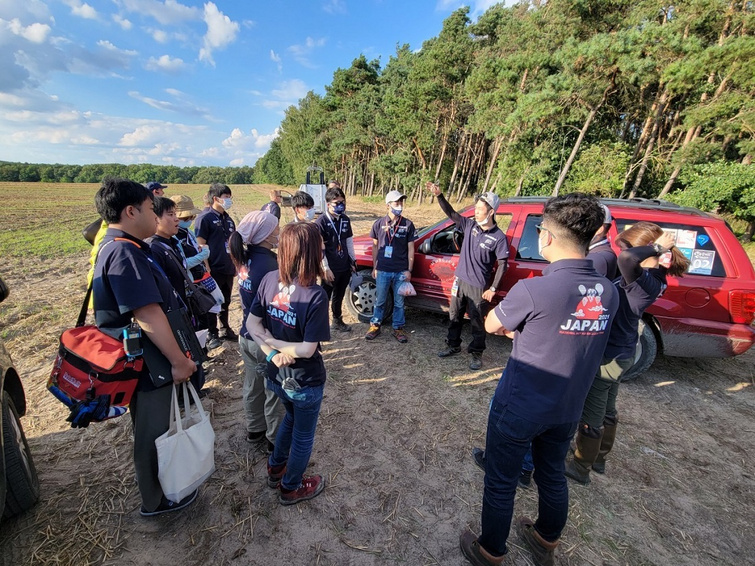 Discussions of the Day 2 evening flight

All competitors moved to Dolsk - another competition area. However, it was still a seriously windy situation even after the Event Director informed the extension of launch period. We waited for the wind to calm down. Other international competitors started to take off one-by-one in such conditions to meet the time period.

After deep contemplation, TEAM JAPAN’s 5 pilots had decided not to takeoff during the launch period because of safety concerns.  Eventually we started our flights about 20min. beyond the end of the launch period and were penalized on the first task with zero points.  This decision brought us many meanings with last-minute decisions, safety first and effect on competition results. 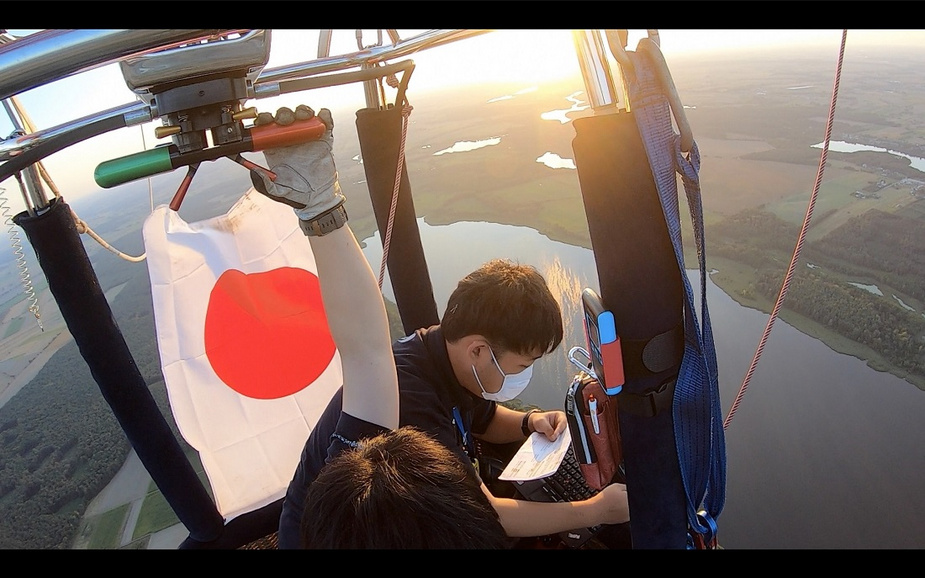 Every competitor took off as early as possible, based on the meteo info that winds speed would be a slowdown later in the flight. So, we did too!  Sansei (#25) got the 1000 points on FIN!

In order to achieve every set task this morning, westerly wind was essential.  However, the official weather info sheet said that the westerly direction appears only far above Blue PZ where we were not allowed to go. Even helped by some other teams’ weather research and also the weather examination we couldn’t find this westerly throughout the competition time.

What the TEAM JAPAN decided was that we let the first task FIN go in the air but considered our launch place to successfully complete the other 5 tasks, with deadly accuracy.

We strongly believed it should work well, like the strategy game, providing a chance to turn over the Othello, and move us upward in the competition standings.

However, eventually, we were informed that #27 FIN was cancelled, reported first due to wind situation and safety reason.  Then word reached us that all tasks were cancelled because of unequal conditions that had occurred due to the cancellation of the first task/FIN (Sec. III Rule8.2.1) when we were already doing the tasks in the air.

This flight should have been the biggest possible opportunity for us to make a move in the competition and standings. But it was gone.

The following two flights were also cancelled due to weather conditions. 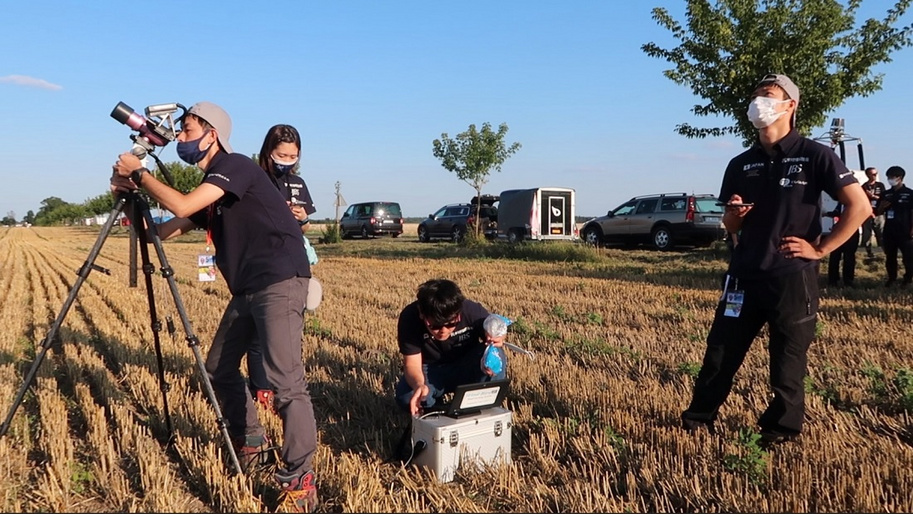 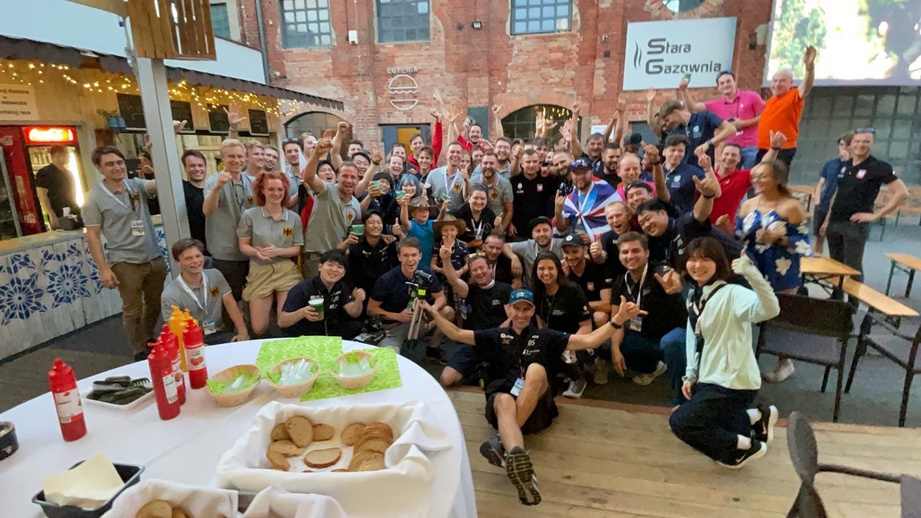 Must say these words “Thank you!”

There are some aspects to share as I finish this article. I feel like regret with the result because our aim was to win the medals for Team Japan.  But we fully succeeded with notable points totals for Top 10 finishes.

We had successful forecasting of meteo info and collection of accurate weather data by the Japan Weather Team. We analyzed these data points and plotted successfully for each flight strategy. And we met the challenge to rival our skills side-by-side to highly skilled international competition balloonists all over the world.

Furthermore, our participation in this event was only possible with so many supporters, including via a crowdfunding site. Also, our amazing drivers and the many local people who helped us in Poland too.  You made our challenge so meaningful. Thank you very much!  We really appreciate all of them.

NOTE: You can follow TEAM JAPAN activities for the Junior Worlds with Team Kailas movies via the link below.

Videos show a total of 14 stories documents the journey from Leaving Japan under CV-19 protocol through all stages of the Championship and returning to our home country.