On 13th April 1928, three European adventurers touched safely down on a barren Canadian island, 36.5 hours after leaving Ireland. But their original destination was New York. What happened during the pioneering flight?

Blighted by poor weather, the German crew – Ehrenfried Günther Freiherr von Hünefeld, a wealthy but frail aristocrat, and pilot Captain Hermann Köhl – attempted an east-west crossing in 1927 in a fixed wing aircraft, but had to abandon because of dangerous meteorological conditions.

Again in 1928, with the addition of charismatic Irish Major James Fitzmaurice to the crew, and ready to attempt the crossing, weather conditions forced a delay of 17 days before the go-ahead was finally given. 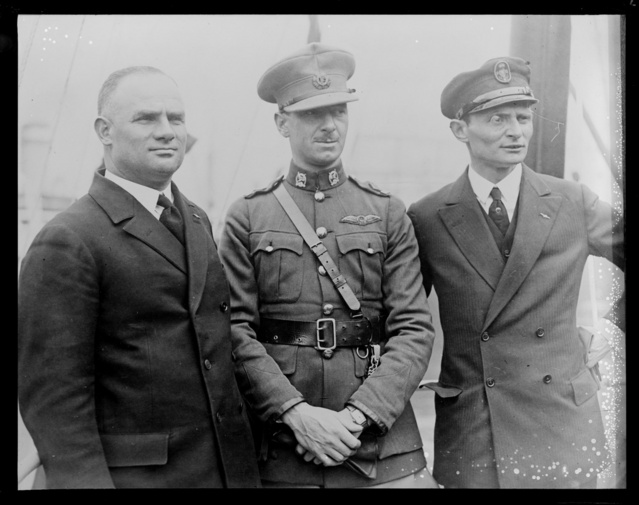 Having heard rumours of the daring endeavour, crowds began to gather at Ireland’s Baldonnel Aerodrome (IRL) and cheered wildly, splashing holy water as the ‘Bremen’ a German Junkers W33 type aircraft, loaded to a weight of 5 tonnes with 520 gallons of petrol, finally took off on 12 April 1928 at 05.38, destination:  New York (USA).

So how did the crew veer off course?

With meteorological conditions favourable for the initial twenty hours, the aircraft cruised at an altitude of 1,500 feet (460 m) and an airspeed of 120 mph (200 kmph) without incident. However, the log book reveals that at around 21:00 GMT, storm clouds had built up and obscured the stars, meaning that the crew had to rely on the magnetic compass to stay on their route. To avoid the clouds, the crew took the Bremen up to 6000 feet (1829 m).

Both Major Fitzmaurice and Captain Koehl were experienced navigators, but the compass then failed and the crew flew blindly north until 06.50 GMT on 13th April when the skies cleared enough for them to spot Polaris.

Turning the aircraft in a southwesterly direction to follow the coast of Newfoundland and Labrador, the crew identified the Torngat mountain range and were greatly relieved at the sight of land, despite being an estimated 40 degrees in error.

By 17:50 GMT, with an oil leak inside the cockpit and an estimated two hours of fuel remaining, the sky cleared and the lighthouse on Canada’s frozen and remote Greenly Island was spotted. The decision was made to attempt a landing which was thankfully successful. The Bremen was slightly damaged, having landed in a frozen pond, but the three men escaped with little more than drenched clothing.

The surprised islanders helped the crew to safety, calling upon a local nurse who arrived by dogsled. The plane was secured and the heroes were invited to dine with the lighthouse keeper and his family.

Fitzmaurice noted in his memoirs: “It would be impossible to describe how wonderful this meal of potatoes mixed with corned beef tasted.”

Famous on both sides of the Atlantic

It didn’t take long for word to spread: the newsrooms of the eastern seaboard were heralding the success of the crew in the evening news that same day. Unable to restore the aircraft to continue on to New York (despite the arrival of specialist mechanics) the crew were flown to New York for a huge parade in their honour on April 30th.

The three adventurers then embarked on a two-month tour of cities in the United States and Europe, where they were welcomed as pioneering heroes, also writing a book entitled ‘The Three Musketeers of the Air’ to commemorate their experience.

The restored original Bremen aircraft is on display at the Bremen Airport Museum. 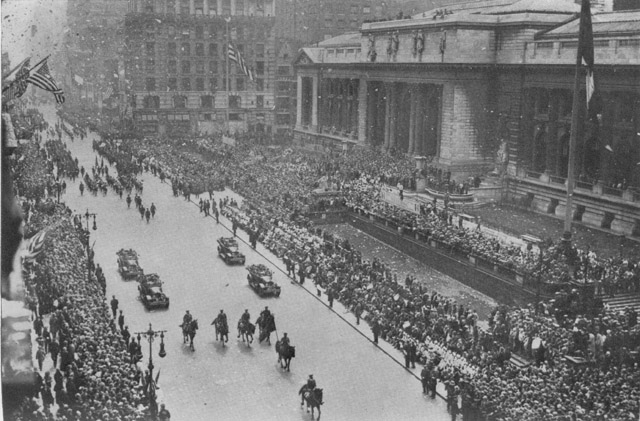