The territory of the Republic of Armenia is composed of ten administrative-territorial units (marzes). The city of Yerevan is the capital. The region is located in Europe's South Caucasus and is known worldwide for its mountains, for example, Mount Ararat – the symbol of the Armenian people.

This article tells the story of Nairi Barseghyan, an Armenian hot air balloon pilot, the very first one of his country, and how he helped to open the Armenian skies for new adventures. Nairi flies in all ten regions of Armenia, bringing attention to air sports. During the last five years, Nairi has been flying mainly in the Garni region.

Garni is a unique place for hot air balloon flights. It is a small flying area, only two by three kilometres. However, the calm and shifting winds compensate for the small area and can create particular flight routes and trajectories.

The flight area is part of the largest nature reserve in Armenia, the Khosrov Forest State Reserve (SNCO). This historical area has ancient cultural amenities, historical architectural monuments, unique plant and animal species and wonderful scenic landscape.The Reserve has been preserved for 17 centuries by Armenians.In 2013, the Khosrov Forest State Reserve was awarded the European Diploma of Protected Areas.

How it all began

It all started back in 2005. I was interested in why balloons fly worldwide, and there were none in Armenia. Unfortunately, it took as long as nine years to obtain permission to fly the hot air balloon as there was no legal basis for small aircraft in Armenia. Finally, in 2014, we ordered our first balloon in Russia, and I went there to study to be a pilot.

For a long time, I have been studying the FAI world record lists, looking for the name of my country, Armenia, or a surname of an Armenian origin.  Unfortunately, I did not find a single case. This became the main reason for the decision to try to break the world record. And this I will definitely do!

The whole idea to set a world record was made when the black balloon “Karas” entered our fleet.  The attempt to establish a world record was an excellent reason to reunite the Air Sport Federations in Armenia and join as an active member in the FAI.

These are the three Armenian Federations.

Now, in close cooperation, we are all working together to develop all these sports in Armenia.

Duration in sub-class 09. The actual world record is held by from Ivan Menyaylo (RUS) with 32h 12min 47sec accomplished in 25 January 2016. We started our preparations for the record, but it had to stop in the year 2020 due to the coronavirus and the war in Armenia. But still, with the help of my friend, Russian balloon pilot, Sergey Bazhenov, in mid-January 2021, we decided to attempt the record, a very famous and experienced pilot of Russia. He has been engaged in ballooning since 1992 Sports category - Master of Sports. He has the current Russian record for the range of flight on a hot air balloon in the AX-8 class with 612 km accomplished. His experience was very helpful in our preparations for the record attempt.

For this record attempt, we did not have a sponsor. But the important thing is to have friends who can help make it happen! We contacted our friends from all over the world and asked them to join forces and to help us. Our team flew from Armenia to Moscow on 19th February and planned to make the first flight attempt on 21st February in the morning. Meanwhile, our friend, Sergey Bazhenov was handling the preparations related to all the technical issues for the flight. 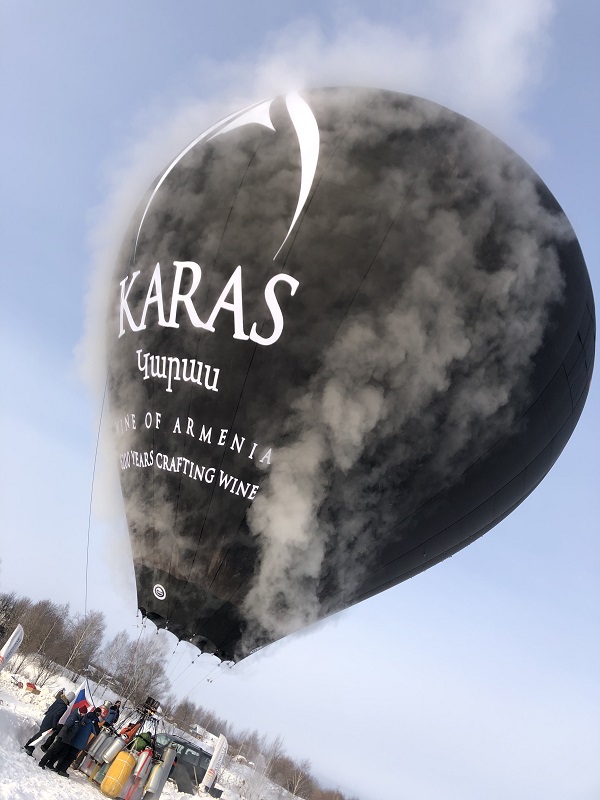 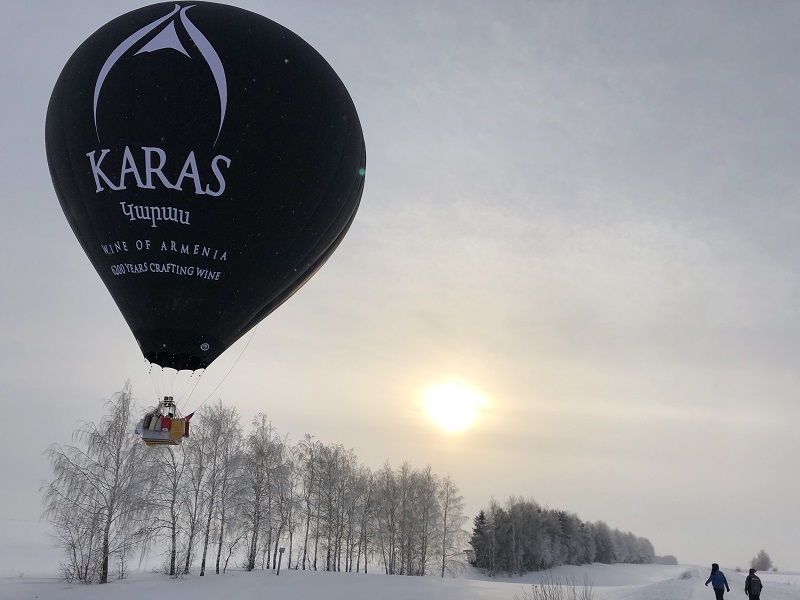 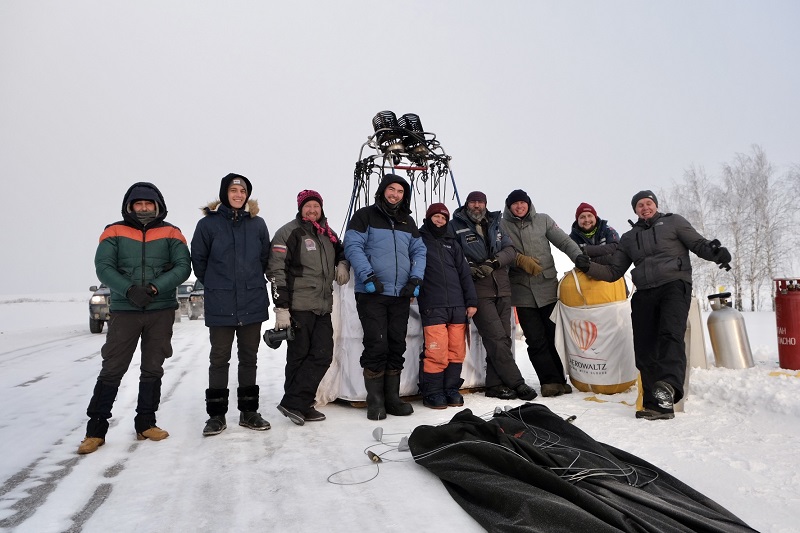 We had very little time. That’s why we worked seven days a week, twenty-four hours a day. There was a lot to do, and one of them was the legal documentation for the record recognition. This important part of the project could only be made with the help of my dear friend, Aline Anuch Kalousdian.

Aline helped me with the whole process of activating the membership of Armenia within the FAI, Fédération Aéronautique Internationale. In addition to the work with the record attempt, being close to the FAI is an essential step for all the Armenian Air sports in total. This membership and collaboration will surely bring other good results for the future.  For example, Armenia was represented for the first time in a European Hot Air Balloon Championship, at the 22nd FAI European Hot Air Balloon Championship in September 2021 in Szeged, Hungary.

My experience in Szeged was unforgettable. Competing with balloonists from all around the European region, in such a high-level competition, taught me a lot. I had never experienced a competition like this. The number of balloons approaching a target at the same time, the 3D tasks, the declaration of goals and points, the virtual dropping marker in the logger, everything was new for me!

Until the beginning of the European championship, I mainly followed such competitions online and sometimes competed in Russia to enter into sports flying. However, the challenges were different and exciting in Szeged. In summary, I can tell you all one thing: this is only the beginning. I am willing to keep meeting my balloonist friends from all over the world and compete with them in other championships, improving my skills.

The starting place was chosen in the Nizhny Novgorod region, the village of Sergach in Russia.

Our problems started as we could not find good propane gas in this area. They had only summer gas everywhere with a high percentage of butane.

Then we came to another problem; the air temperature was lower than predicted. In the morning at the launch site, it was minus 38 Centigrade. So cold that all gas cylinder connections started to leak, so we were 2 hours delayed from the planned launch time. We changed all the rubber seals, but it didn't help either.

We added nitrogen, but the pressure in the cylinders was still very low. One burner blast valve didn't turn off; it was permanently working ON. Adding more problems to our attempt, our accompanying teams had two snowmobiles, scheduled to pick up the discarded cylinders, but neither one of the two machines started their ignition due to severe frost.

We took off with two hours delay, with all these issues, but after 3 hours of flight, Sergey and I decided to land ahead of time. In short, three factors interfered with us:

Most importantly, we have not given up! We will spend this year planning more carefully, and next winter, we will definitely make this record. So, this is one more dream of mine, added to my dream that one day I will see 100 balloons flying in my beautiful Armenia.

After a rough start, Armenia has now two active pilots, Nairi Barseghyan, who studied in Russia and has full support of his young family, and Manuk Gasparyan who studied in Ukraine. Nairi's longest flight was 525km and duration, 10h35m. The pair were cup winners in the Russian SharNN-2020. Three more student pilots will start their balloon instruction flying in 2022. 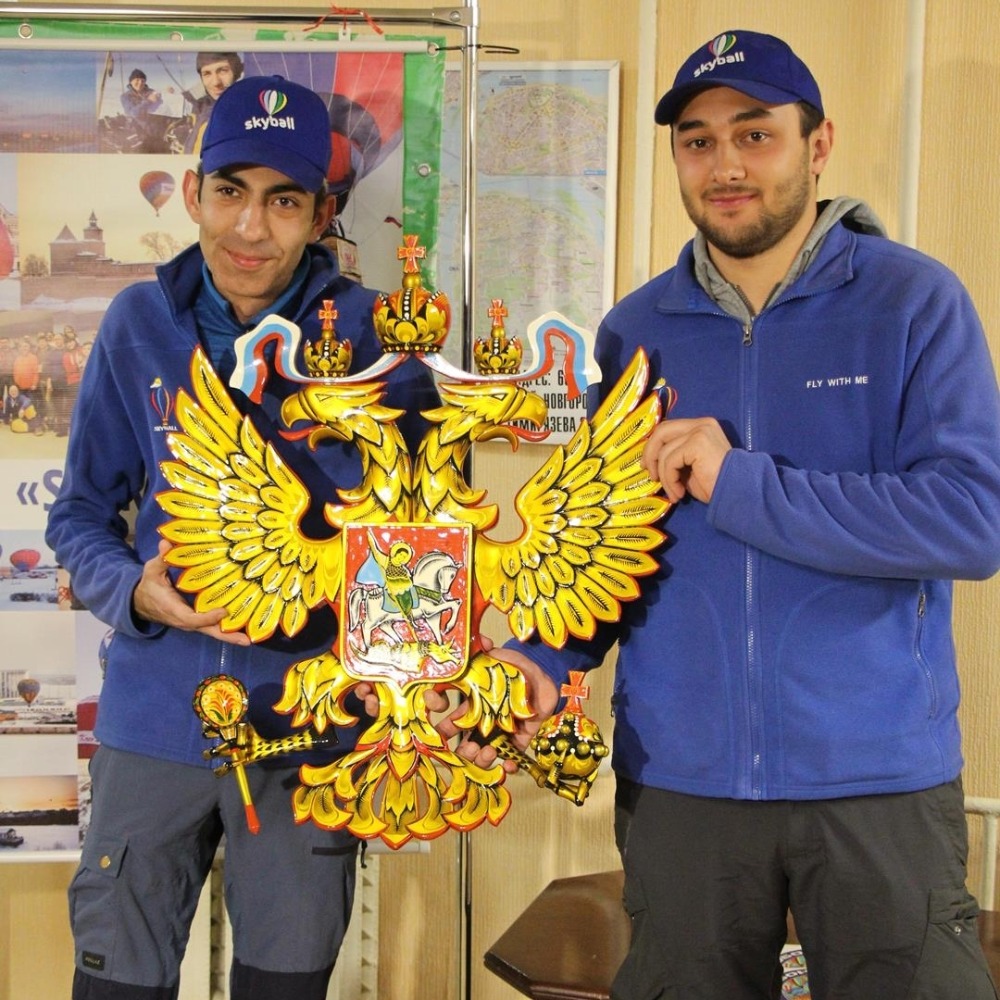 We have managed, with close cooperation with Civil Aviation Authorities, to start and follow all the necessary regulations for flying hot air balloons during these years. Now, our Skyball company has an Air Operator Certificate and four balloons. We have organized two international ballooning festivals:

Help from our Russian Friends

We have a very close relationship with the Ballooning Sports Federation of Russia and different ballooning clubs there. During the year, we participate in many festivals and competitions in Russia. Our friends from Russia are happy to share their experience and skills with us. Without their support, it would be tough for us to move forward. 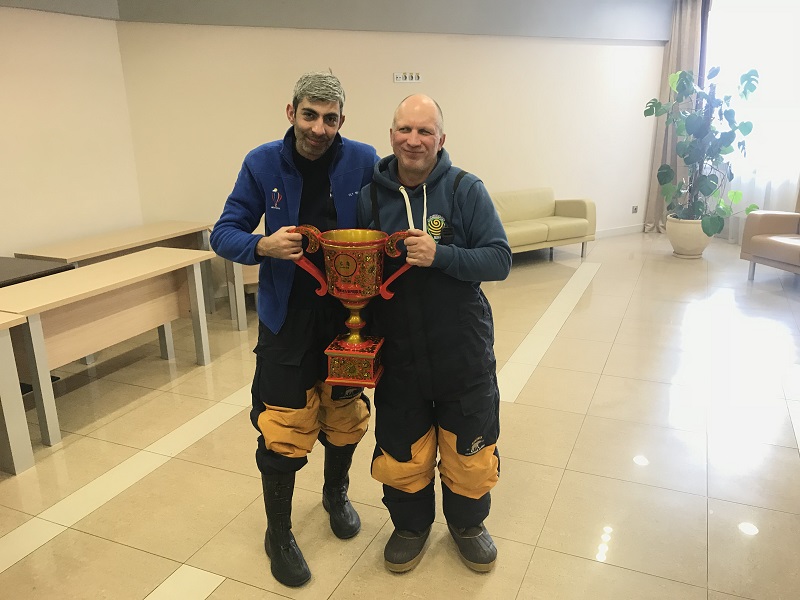 I want to thank all the friends who helped us and did their best to make this record attempt happen.

Thanks to all who supported our record attempt and continue to support Ballooning in Armenia.

Come and fly in Armenia!

Our country is very small, but, has a great potential for the development of air sports and touristic ballooning flights. I am sure that our efforts to develop aeronautics in the country will give positive results and in the next world ballooning map our country will attract pilots from different parts of the world.

We are working to expand the geography of the pilots participating in our festivals and, as a result, will soon organize official sports events.

Welcome to Armenia. Armenia is waiting for all balloon pilots. 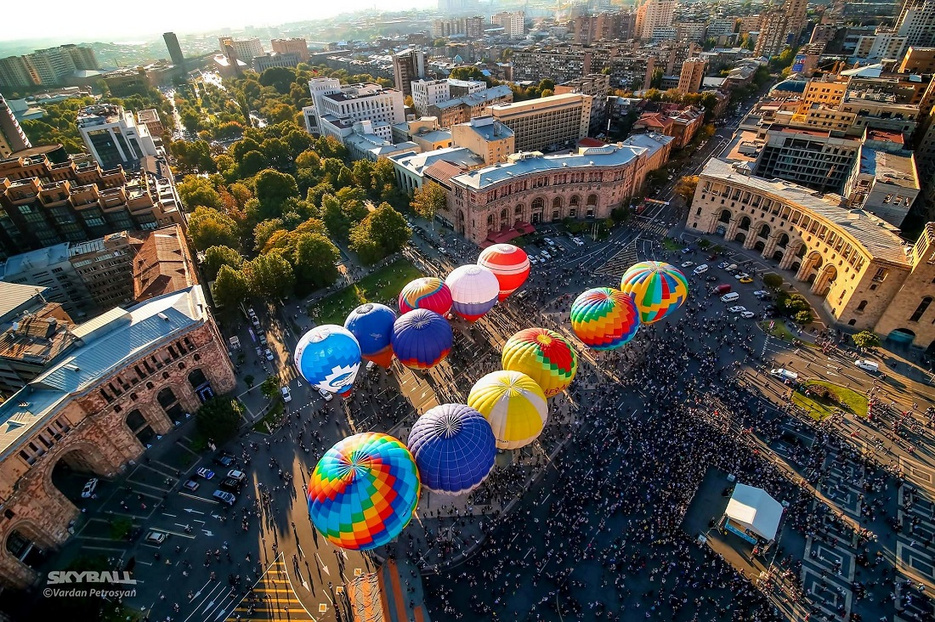 This story was produced with many hands.  Thanks to everyone for their help.