The legendary parachutist Sergey Kiseliov was awarded the FAI silver medal in 2020. A 10-time world record holder, he has made an outstanding contribution to parachuting during his exceptional career.

A coach for the Russian Federation and an international judge, he also designed several parachute systems and created a parachute training course for cosmonauts and supervised the training of astronauts in zero-gravity conditions on board an aircraft-laboratory. During this period, he also became the instructor for Yuri Gagarin, who won the FAI gold medal in 2020 (see article celebrating 60 years since Gagarin’s orbit of the Earth).

Kiseliov started jumping in 1951, after training in Sverdiosk and Moscow. Technically minded, he graduated in radio engineering, then began taking still photos whilst jumping, and later moved to video filming during skydives.

Sergey Kiseliov with his recording device

He made several films in which he and his colleagues tried to capture the feeling of parachuting:

“We wanted to share with the viewers what we ourselves felt while group jumping… High on the mountain top, a climber gets the same feeling. What is it? Exhilaration? Yes! Triumph? That too! A feeling of being alive, also.”

In 1973, Kiseliov was among 12 parachutists who participated in the world-first ring formation free skydive. Since 1993, he has worked for the FAS of the Russian Federation (NAC), including as the Secretary General of FAS. He heads the parachute team of veterans and enjoys sharing his experience with young people. 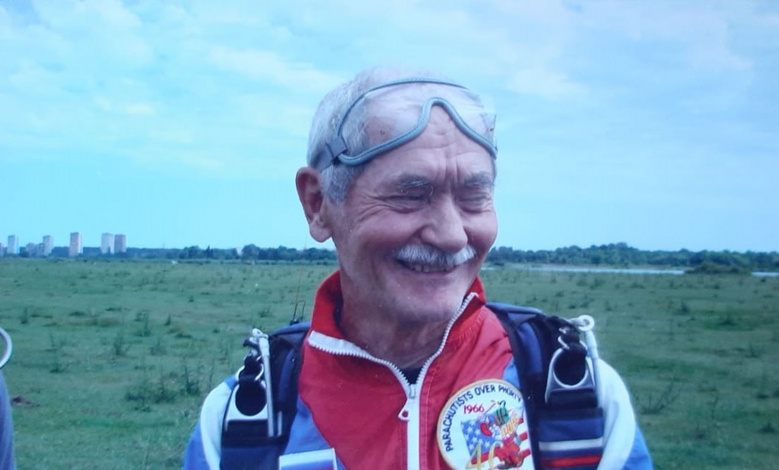 About the FAI Awards

Every year the FAI Awards numerous medals and diplomas which give public recognition to those who have made outstanding contributions in the fields of aeronautics and astronautics and sporting aviation, whether for performance or by giving time to promoting and developing air sports. Many of the recipients honoured are household names who have made aviation and astronautic history, whilst others are the unsung heroes behind the scenes in their chosen field. One of the FAI's roles is to highlight their contribution, whether they are individuals or working as a group.

The awards are announced each year at the Opening Ceremony of the annual FAI General Conference. The 2021 FAI Awards are being held on 9 November 2021 at 19:00 CET, this year once more via an online video which will be shared via the FAI airsports channel.