The pair are long-term friends and colleagues – both former military pilots who were recruited together by NASA in 2000 – and are known as Bob and Doug by their many followers online.

They were selected to take the SpaceX Crew Dragon to the International Space Station (ISS), thereby marking a historic moment in human spaceflight. The Crew Dragon is the first-ever commercially procured spacecraft to fly humans to low earth orbit and its historic mission is credited with opening a new era of giving humans commercial access to space. The launch of the Crew Dragon spacecraft took place on a Falcon 9 rocket from NASA’s Kennedy Space Center in Florida on 30 May 2020. 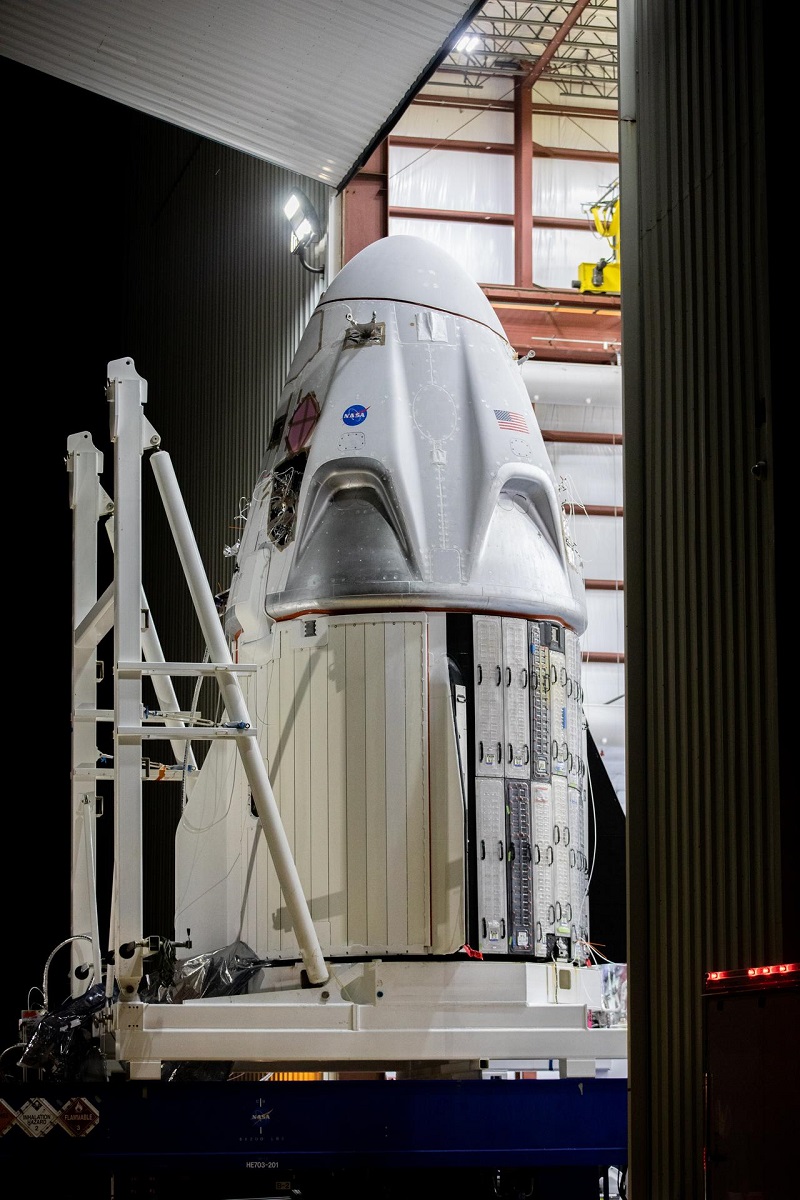 After docking successfully, the duo spent two and a half months on ISS, conducting 100 hours of microgravity science experiments, as well as performing maintenance and robotic operations and spacewalks. They ensured that the international space laboratory remained open for business during the transition to commercially provided transportation.

In the run-up to the mission, the pair’s experience as test pilots helped drive the project forward. The award nomination sent to ICARE commented that Hurley and Behnken:

“… led NASA and the Dragon Team through a rapid pace of development and testing while ensuring successful mission execution. Additionally, they used their experience as flight test professionals to personally mentor individuals at SpaceX and NASA, ensuring that the positive cultures needed to operate safely were seeded deep into the broader community.”

Hurley and Behnken’s mission provided valuable data for NASA in certifying SpaceX’s crew transportation system for regular flights carrying astronauts to and from the space station.

The Yuri A. Gagarin Gold Medal was first established by the FAI in 1968 and is awarded to the space pilot/s accomplishing great achievements in Man's conquest of Space. The previous recipient of the award was Major Tim Peake of Great Britain in 2017.