The 21 st FAI European Hang Gliding Class 1 Championship launched in Sigillo, Italy on July 10, 2022. The event will go on till Jun 23, 2022 mostly
taking place in the flying area of Monte Cucco mountain in the Italian province of Umbria but depending on the weather can also engage the bordering
province of Marche. 93 pilots take part in the championship representing 14 European and 4 guest nations. 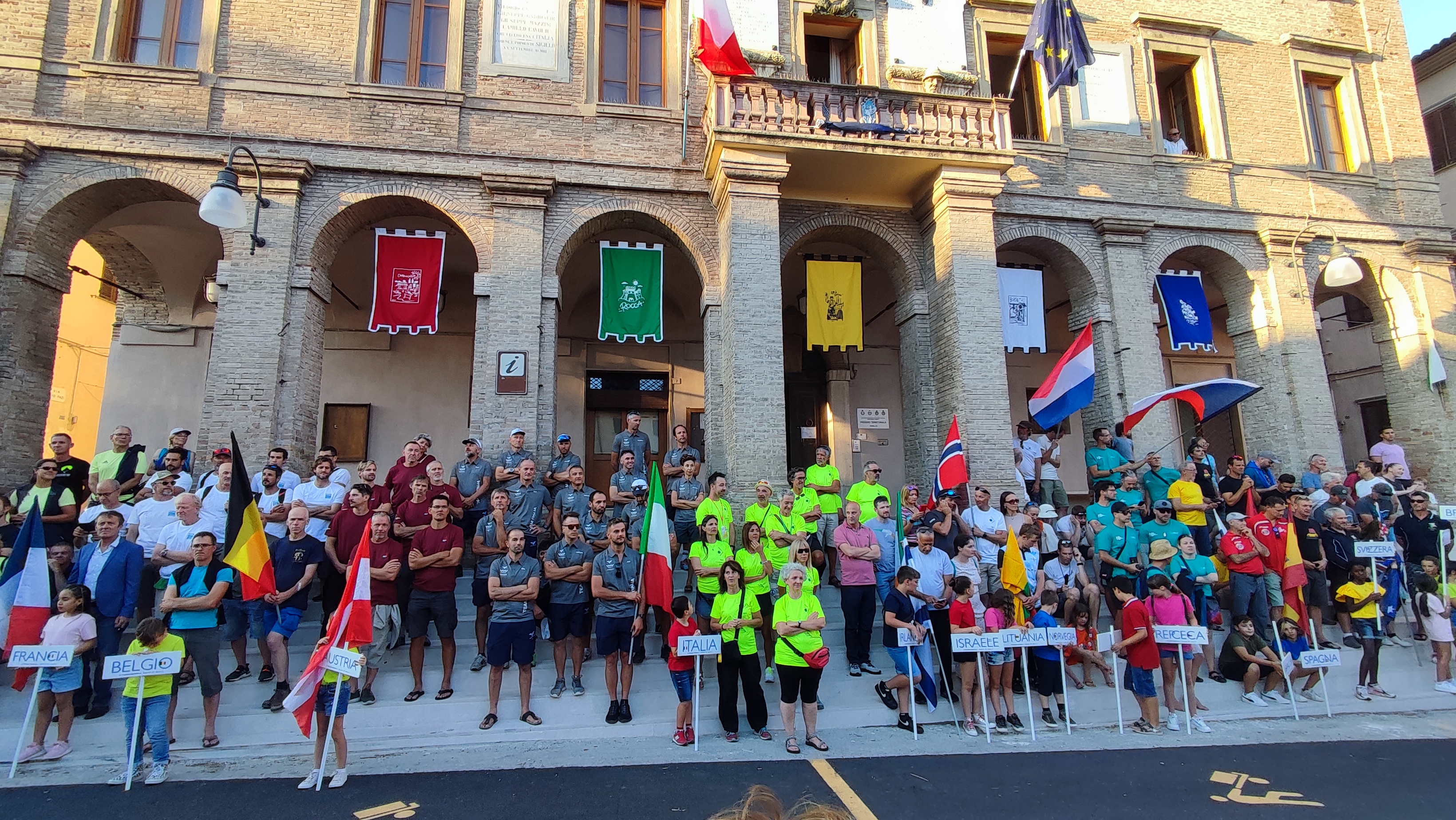 It was a long waited event originally planned for 2020 it had to be moved to 2022 due to COVID pandemic. Monte Cucco is a well-known Hang gliding destination. It was first discovered by Italian pilot Piero Alberini in the early 80s. Now there is a regular HG event named after him held in Monte Cucco in august. This place has hosted over 30 FAI events including the 12th World HG Class 1 Championship 1999, HG Class 5 and Women World's in 2009 and 18th FAI World Hang Gliding Class 1 Championship in 2011.

Nice flying weather on a training day allowed to set a very satisfactory training task but many pilots decide to deviate from it and enjoy the
free flight in the beautiful valley of Monte Cucco. The first scheduled day was however not favorable with a high risk of rain and it was decided not to
waste efforts and cancel it.
The first competition task was sent on July 13, 2022 - a 91 km race to goal and resulted in 72 pilots reaching it. Due to the weather and the valley
winds, it was decided to move the take-off to Tre Pizzi in the neighboring province of Marche. The launch was tricky with the wind unstable and
changing directions but the rest of the task was fun as Grant Crossingham reported in his interview on CIVL social media. But it was tricky at the end
with a lot of sink on the final glide. So the pilots had to keep high to reach the goal. The first in overall were David Gregoire FRA, Jon Durand AUS,
Grant Crossingham GBR. In the European Championship the third place was taken by Lorenzo de Grandis ITA. 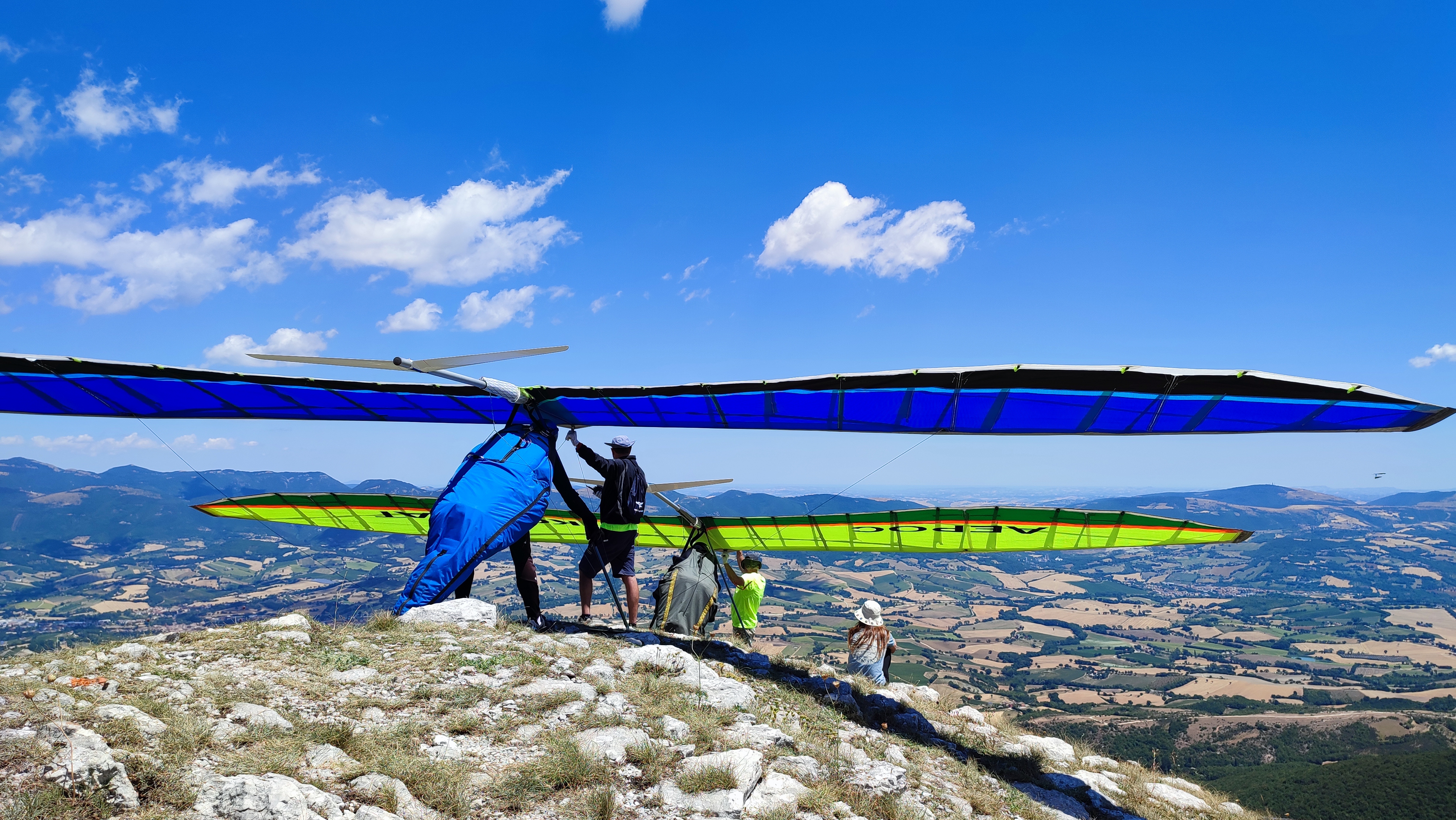 The second task was set on July 14, 2022 - 118 km race to goal from Monte Cucco North take off. The launch was easy but the task was not - there was a
foen area right along the first leg causing many pilots to bomb out around the first turn point. The first on goal were Alessandro Ploner ITA, Primoz
Gricar GER and Vanni Accattoli ITA. After the first 2 tasks, British pilot Grant Corssingham is leading in overall, Ploner being the second. The third
overall is taken by Czech pilot Dan Vyhnalik. In teams, Italy takes over with the Czech Republic and the UK following.