Poland’s Wojciech Bogdal has won the Paramotoring competition at The World Games. After flying 9 tasks over three days he ended with a convincing win, 8 points ahead of Thailand’s Kittiphop Phrommat in second.

The first Paramotoring session of the last day of competition started early, before 8am, to ensure a quick turnaround of pilots. Organisers were keen to stay ahead of stormy weather which was forecast to arrive later.

Last to fly on that task, all Bogdal had to do to finish in first position overall was get round the slalom flying course safely, which he did. He finished fifth in the task - enough to keep him ahead of the pack.

Later, after the medals ceremony in front of a home crowd at the Air Sports airfield in Wroclaw, he said it had been emotional winning in his home country.

“Standing on the podium I felt the same as at the opening ceremony four days ago. I had tears in my eyes.”

He added: “I like to fly in front of my home crowd. People were waving, and one even had a flag with my name on it, that was great.”

Bogdal, 23, who lives three hours’ drive from Wroclaw, said the competition had been “very hard, but we had a lot of tasks and we flew in all our slots. We had more than 12 take-offs, which made it hard.”

Bogdal started to fly solo 10 years ago when he was 13 years old. “When I was three years old my father started to fly, so I am from a paramotoring family.”

He was joined on the podium by teammate Marcin Bernat (POL), the only two Polish pilots in the Paramotor competition. “We like to fly together and we train together,” he said. 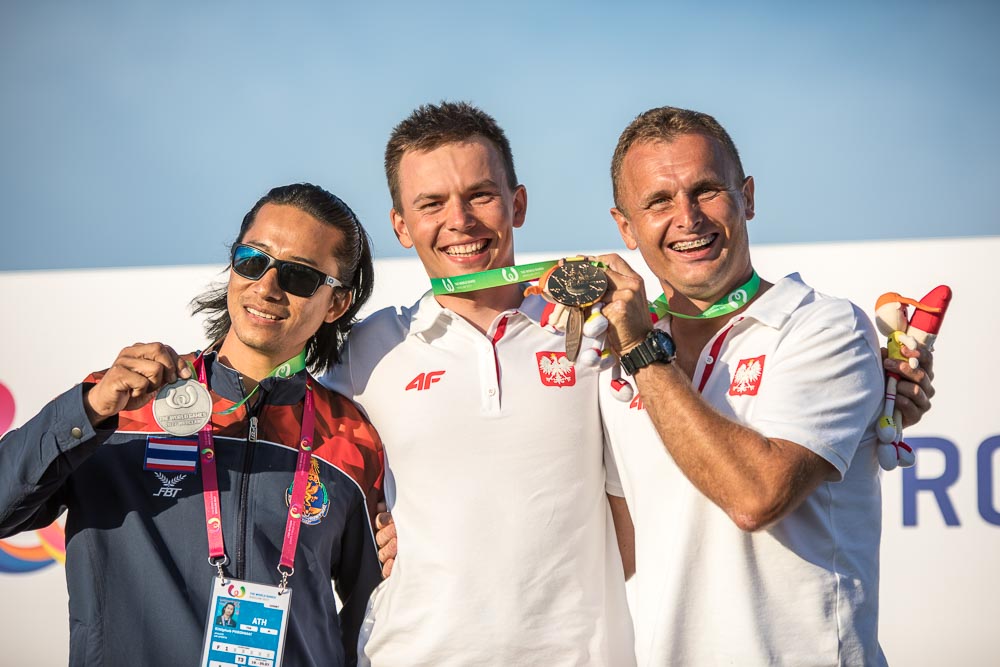