FAI has ratified a record claim from Platform Aerospace, owner of Vanilla Unmanned UAV for an unrefuelled, uncrewed flight duration of 192 hours and 50 minutes. The Vanilla UAV aircraft launched on 24 September 2021 and was recovered on 2 October 2021 having flown 19,634 km over Edwards Air Force Base, California, USA.

Dan Edwards, Platform Aerospace Flight Test Director, believes that this long duration flight is an important step in UAV aviation and here he shares his reaction and some technical detail about the aircraft and its achievement:

Tell us a little about the process of designing and creating the aircraft and your input.

Platform Aerospace inherited the VA001 aircraft with its prior record-setting capabilities. However, the engineering and fabrication teams at Platform Aerospace made significant upgrades across every sub-system to push Vanilla’s performance.  Upgrades touched the launching method, propulsion system, flight software, avionics hardware, electrical wiring, reliability features, structures for improved maintenance, addition of new payloads, and flight operational procedures for improving fuel efficiency. Envelope expansion testing increased the maximum takeoff weight by 75lb (34kg) as well. Vanilla might look like the same as VA001*, but this flight represents the culmination of an enormous set of upgrades.

(*VA001 - the original version of the Vanilla UAV, in the same sub-class, category and group - made the previous record totalling 55 hours 56 minutes, in December 2016.)

Could you share your personal experience regarding the success of this UAV?

Endurance records are inherently a team effort, so every individual within Platform Aerospace and its partner organisations deserves credit for their individual contributions. 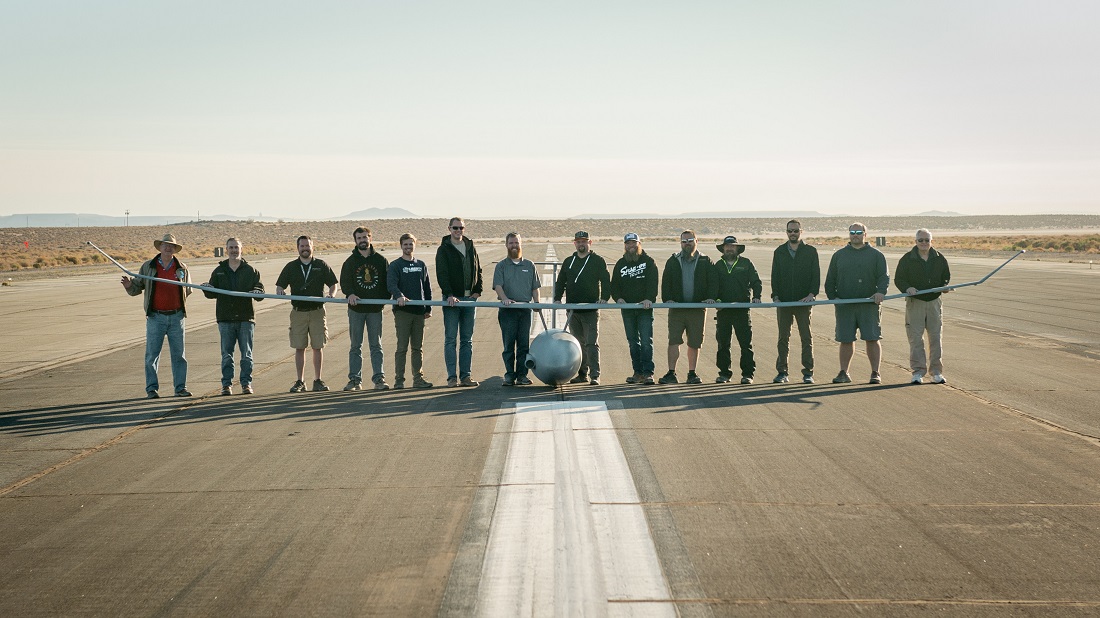 As the flight test director, I was personally responsible for picking the takeoff weight, setting the go/no-go criteria for takeoff, approving deviations from normal procedures based on the aircraft’s performance across the flight, and picking the conditions for landing.  Vanilla had demonstrated takeoff at 550lb (249kg) twice before, so my confidence on takeoff was relatively high.  Still, watching Vanilla slowly climb into the smoky air from nearby forest files was stressful until crossing the safe 2000ft (609m) AGL threshold, clearing the pilot in command to lean out the engine.

Each day arriving at the airfield for the pilot shift-change (6am-6pm), I personally couldn’t help but be amazed to see Vanilla still circling overhead.  As a trained aerospace engineer, I was plotting out the fuel burn numbers and trying to forward-predict the maximum endurance, but my body struggled to process what it felt like to live multi-day endurance.  We started seeing slight variations in the fuel burn for daytime vs nighttime, where predictions would increase after a day shift and decrease after a night shift --- the diurnal cycle of air movement became tangible.  It was a roller-coaster of emotions.

On a personal note, as the flight test director, I was fielding requests to push into the fuel reserves to maximize endurance and fielding requests to land early to minimize risk.  Math and experienced pilots said what Vanilla could do, but it was still a balance to push endurance managed against risk tolerance.  This must be what every record-holder goes through: pushing through the mental challenges as much as pushing the technical.

After more than a week in the air, making the eventual call to land was still a tough decision.  We had been watching and responding to some signs of wear, and managing the changing weather conditions.  Landing at 8 days put us into a weekend, which was quieter for Edwards Air Force Base airspace, giving the pilot team less complexity to manage.  Landing in the early morning meant calm winds, helpful since Vanilla was over 200lb (90kg) lighter than at takeoff.  I recall being proud to have enough confidence in Vanilla to approve a low fly-by for photos.

The actual landing approach was uneventful and almost surreal, seeing the runway get larger on the view from the tail-cam.  Vanilla was lighter than we have landed before, so touchdown was floaty, before Vanilla came to a smooth stop on the North Base runway.  To say I was proud of Vanilla and the Platform Aerospace team in that moment is an understatement - making history at the same airfield that Rutan Voyager set the unrefuelled aircraft endurance record in 1986 is a fitting addition to the history books. 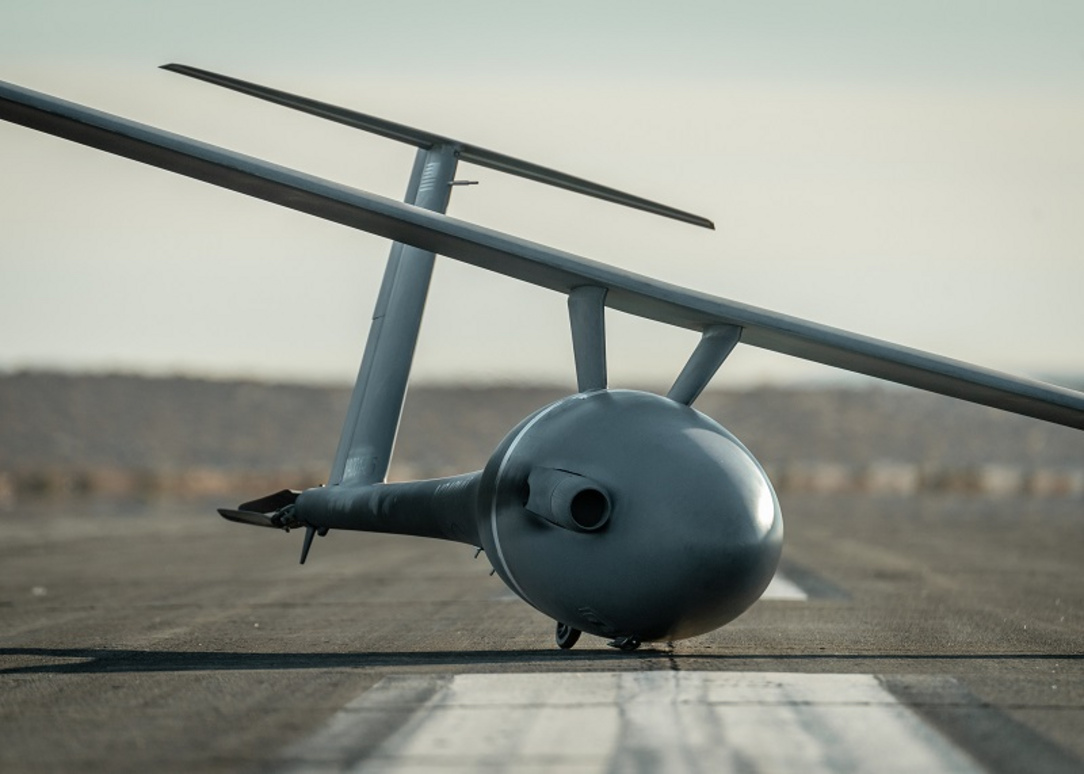 What future uses will your development of UAV technology have?

Vanilla carried a communications relay payload on the 8-day flight, demonstrating mission utility alongside its unparalleled endurance. Vanilla can also trade fuel mass for heavy-lift payload capacity; this flexibility means Vanilla can be used for multi-sensor missions. Once demonstrated heavy-lift configuration is simultaneously carrying a camera gimbal, two radar pods, and a satellite communications system, and Vanilla can still push across several days of endurance. Vanilla is quite a game-changer for the UAV industry.

Could the Vanilla Unmanned one day break its own record? And is that a goal for the team or does the future lie in a different direction?

Next up, Vanilla is looking to stretch its range legs, with possibly some extremely long goal-and-return flights in the future. Stay tuned!

And finally, what does FAI ratification mean for the Vanilla Unmanned project?

Platform Aerospace sees FAI as the world’s premiere aeronautical record organisation and appreciates its independence in the process of making a record claim. Having an official FAI world record for Vanilla’s endurance brings FAI’s credibility to certify the record-setting performance of the Vanilla UAV.  We will be hanging up the official certificate in the lobby at headquarters for all to see, for both company employees and guests alike!

This record is remarkable in that it is the second longest unrefuelled, non-solar assisted flight in aviation history.

The only longer, unrefuelled, non-solar assisted flight was made by the Rutan Voyager in 1986, which was - like Vanilla - also powered by an internal combustion engine. The Rutan Voyager - which also launched from the Edwards Air Force Base - flew for 216 hours 03 minutes 44 seconds, making a circumnavigation of 40,212 km piloted by Dick Rutan with Jeana Yeager as the co-pilot in December 1986, gaining speed and distance records.

In terms of distance, coming in behind the record set by the Rutan Voyager, at 117 hours 51 minutes, is the Solar Impulse flight piloted by André Borschberg in 2015, which was unrefuelled as the aircraft is solar powered. Another solar powered aircraft making long duration flights is the Zephyr 8, owned by Airbus, and like the Vanilla aircraft, the Zephyr is unmanned.

This unrefuelled, internal combustion engine, endurance record by Vanilla Unmanned demonstrates a UAV that is capable of multi-mission, beyond visual line of sight operations, which have numerous applications for military and research purposes. A recent flight saw Vanilla Unmanned conducting Arctic environmental monitoring for NASA and the University of Kansas. It is hoped that the long distance scanning ability could have uses from tackling drug trafficking to anti-submarine warfare, search and rescue missions to environmental monitoring.